It is believed that if Drake poses for a picture with an athlete before an important match, that athlete is doom to loss. People Termed This #DrakeCurse

Certainly, Drake felt that an Anthony Joshua wager would be the cure-all for his dreaded curse. In fact, the “Drake Curse” has become such a deterrent to sports fans, that people are resorting to fighting superstition with superstition: i.e. wearing the opposition’s colors.

For some reason or other, fight fans and Joshua supporters alike were in no way concerned by Drake’s big-name endorsement. That’s not to say Anthony Joshua fought with arrogance against his Mexican-American opponent. Not at all… but in a world where global marketing is of utmost importance to a Heavyweight champ, Joshua had to make do with whatever opponent was available on such short notice, or risk losing all the revenue associated with the fight card, to the detriment of the bottom feeders, promoters, venue staffers, you name it.

Worse of all, Ruiz’ fighting stance couldn’t any more different than Jarrell Miller’s “hunker down” style. If you’ll recall, Miller was forced to renege on his purse when a drug test turned up positive for just about every substances you could think of. Is Drake to blame for Joshua’s misfortunes, or is Ruiz due a fair share of praise for having done his homework? AJ lost his first match to Ruiz Jr 3 weeks after posting up with Drake. This man Drake needs to get locked up. It’s a crime against sports at this point. 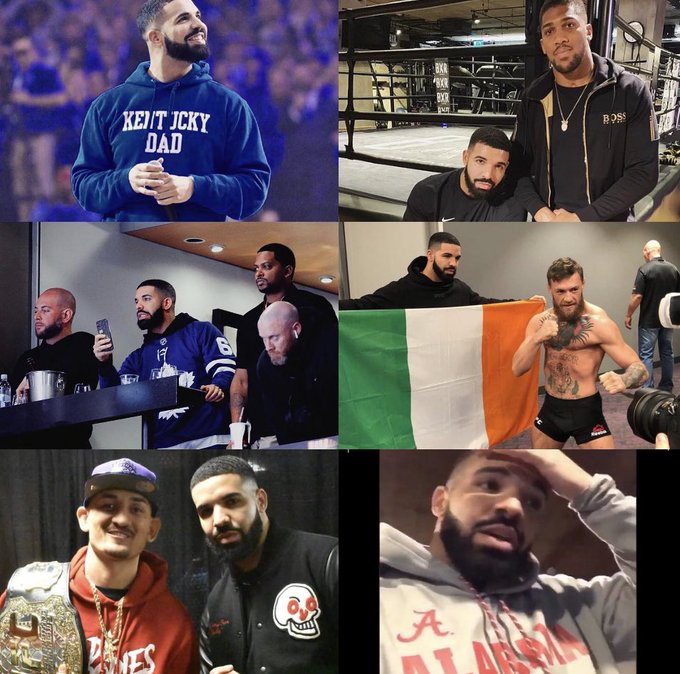 The #DrakeCurse has seriously reached Final Destination levels of inevitability. It may not get you today, tomorrow, or your immediate fight… But it will get you in the end! #JoshuaRuiz

A Rematch Has Been for Anthony Joshua And Ruiz Jr